Back to Area
BAILIFF BRIDGE is an area which lies on the very eastern boundary of Calderdale. It was part of the township of Hipperholme-cum-Brighouse and is concentrated at a main crossroads where the Halifax/Dewsbury road cuts the Huddersfield/Bradford road. Both these were and still are major routes.
BARKISLAND is a village and a township which is bounded on the west by the Ryburn stream and by Rishworth township to the south. Another of Calderdale’s great 17th. century houses is Barkisland Hall built in 1638 by John Gledhill. It is still occupied and recently (1998) has changed hands. Richard Gledhill of Barkisland Hall was killed at the battle of Marston Moor fighting on the Royalist side. 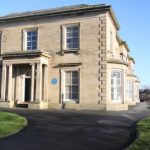 BRIGHOUSE is one of the larger towns within Calderdale. Initially, it was the minor partner in the much older township of Hipperholme-cum-Brighouse, with most of the ancient buildings & settlements being in Hipperholme, to the north of Brighouse. As Brighouse is at the eastern edge of Calderdale, many of the early activities took place under the auspices of St Peter Hartshead, which is not now within the Calderdale boundaries, but covered by Huddersfield FHS (website www.hdfhs.org.uk) The Parish of Brighouse was created in 1843 and it became a Borough it its own right in 1893 until the local government reorganisation of 1974.There is a picture of the Church here

a village adjoining Brighouse. It was originally a separate township in the parish of Hartshead although census returns for the area were included in the Halifax registration district. The area has associations with the legend of Robin Hood.
COLEYa village lying just within the northern boundary of the township of Hipperholme-cum-Brighouse. The church of St. John the Baptist catered for the spiritual needs of people from a wide area including parts of the Northowram and Shelf townships. The noted cleric Oliver Heywood who was the minister at Coley was deprived of his living following the Act of Uniformity when Charles II was restored to the throne in 1660.
COPLEY is the site of another old settlement on the valley floor. It is a village on the road between Sowerby Bridge and Elland and lies at the junction of three townships viz. Skircoat, Greetland and Norland. A substantial stone viaduct carries the Manchester to Leeds railway across the valley into Halifax. Edward Akroyd built a large mill in Copley and created a model village for his workpeople.

ELLAND was an ancient town at the eastern end of the parish and together with Greetland formed the township of Elland-cum-Greetland. By about 1180 a “parochial chapelry” had been built to serve the townships of the parish which lay to the south of the river Calder. The Elland feud is well documented in local history; this took place in the early 14th. century and was fought out between the Elland, Beaumont, Quarnby and Lacy families.
ERRINGDEN was originally a deer park created out of The Forest of Sowerbyshire by the Earls of Warren following the Norman Conquest. It was bounded on the north by the river Calder and stretched from the Elphin brook in the east to Stoodley Clough in the west. The deer park was ditched and paled around its whole perimeter and it was not dispaled until 1449 when Richard Duke of York then Lord of the Manor commanded that it should be turned into farmland. The name Erringden was retained and it eventually became a township in it’s own right. Parts of Erringden lay within the boundaries of Hebden Bridge.

We can help you with ancestry, genealogy and family search covering all the above areas.